Even though statistics are rarely front and center of memorable films, behind the scenes of films on the big and small screens, statistics professionals are the industry’s rising stars. A new generation of movie crunchers are applying big data and cutting-edge analysis technology to help shape how movies are made and how audiences are engaged—and even quantifying the value of a coveted Oscar nod!

1. Predicting the Next Blockbuster

The film industry is a high-risk game, in that a large investment must be made up-front to create a film, with a great deal of uncertainty on the actual return on that investment (ROI). But statisticians and data analysts are helping to shrink that risk, armed with big data and cutting-edge analytics technology.

In his recent article “Hollywood’s Best Supporting Actors,” freelance writer Robert Bain notes the work of statisticians and researchers who have helped to predict a film’s success before the first scene is ever filmed.

Bain cites the work of New York University statistics professor Jeffrey Simonoff in developing a statistical model that predicts a film’s box office grows earnings prior to its release, as well as statistical learning methods proposed by Jehoshuah Eliashberg of the University of Pennsylvania’s Wharton Business School, that identify scripts that should be selected for production.

However, this number-crunching has its limits. While numbers don’t lie, feelings don’t either. While statistical models can generally predict whether a film will succeed in the general market, their ability to predict the most extreme blockbuster hits and flops is not perfectly honed, yet. That magical feeling or connection we have to movies isn’t something that can easily be calculated.

2. What’s an Oscar Worth? There’s a Stat for That

Statistics can also put dollar amounts to the value of an award win or nomination. Winning an Oscar is worth a $3 million boost to a film’s overall takings, according to an analysis by Edmund Helmer, a data analyst who maintains the blog BoxOfficeQuant.

Meanwhile, a Golden Globe is worth a whopping $14.2 million boost—likely because the timing at the beginning of the awards season offers more opportunities for winners to flaunt their victories.

Even better, big data can help production companies identify the best ways to show off their new accolades to glean the greatest sales boost from their honors.

Sometimes, banking on the next big blockbuster isn’t the savviest business move for a production company. Contrary to what one might assume, investing in a number of smaller films intended for niche audiences can lead to a better ROI.

Statisticians play an important role in justifying the investment for these smaller films, identify select audiences and propose optimal release dates to ensure a film’s success. In his article, Bain interviews Bruce Nash of Nash Information Services, a data analysis consulting firm based in Los Angeles, and data scientists in London have developed software that pinpoints the best dates for films to be released.

“What we can do is find niches that are underserved. Data may encourage producers to start creating more predictable films, but the flipside is more interesting films for niche audiences,” cites Nash.

A Golden Age for Hollywood Data May Still be Ahead

Even with these varied ways, data are able to inform the film development process today, the true golden age may still lie ahead. Video on demand services (VOD) like Netflix and Amazon Prime are able to track and log the insights behind an extensive amount of data about viewer behaviors—an area that is, for now, a major blind spot for movie makers and distributors.

However, to use these data, statisticians would need access to them. And for now, these companies are reluctant to share the data they collect. So, for now, this potentially revelatory source of insight into viewer behaviors remains untapped—but who knows where this industry will head in the future with the help of statistics and statisticians who transform that knowledge into actionable information. 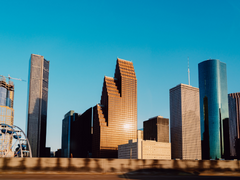