Social media has power beyond serving as an outlet for self-expression and a place to share pretty pictures of donuts with friends. Statisticians are tapping into the data produced by social media posts and making humanitarian strides: from tracing foodborne illnesses to improving disaster response. 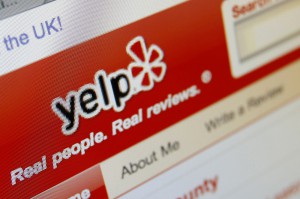 Remember the time you were so excited to treat yourself to order-in sushi? Only hours later your sweaty fingers were tapping out a scathing Yelp review from the bathroom amid bouts nausea caused by food poisoning. We’ve all been there. It turns out all those upset stomachs, angry reviews and social media posts have been put to good use, thanks to biostatistician Elaine Nsoesie.

Traditional tracking systems only identify very few foodborne illness cases, in part because many go unreported. Nsoesie conducted a study to determine whether those single-star Yelp reviews and angry Tweets could help enhance existing surveillance systems to report outbreaks of foodborne illness. The results of the test were similar to outbreak reports issued by the U.S. Centers for Disease Control and Prevention.

Another area where statisticians leverage social media is in improving disaster response. Natural disasters are traumatic events, and time is of the essence for emergency response providers.

In 2013 after Typhoon Haiyan hit the Philippines, Michiko Wolcott and a team of statisticians from Statistics without Borders (an outreach group of the American Statistical Association) worked with Humanity Road, a charity with disaster prepared volunteers. Together they created a guide for best practices when analyzing social media in emergency response.

While social media plays a key role in the very fabric of our society, some filtering must be done by statisticians for social media to be useful in times of crisis. Considerations such as relevance, geolocation, language, and whether mobile devices and computers are able to transmit during a disaster all need to be taken into account by emergency responders using these data.

Read more about these two influential studies in this press release, and find out more about how statisticians are making positive impacts on the world here.