Jeremy Singer-Vine has the Buzz on using Data in Journalism 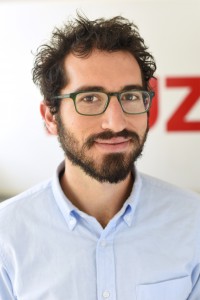 We recently spoke with Jeremy Singer-Vine, a data editor at Buzzfeed News investigative unit. He explains how data has become more important to journalism in recent years, and provides advice to aspiring journalists on how to become data savvy.

What came first for you as a student — your love of data or writing? Did you study statistics?

For me, journalism came first. I worked on my high school and college newspapers — first as a photographer and later as a reporter. During college I took a couple of classes on statistics and scientific research methods, which I enjoyed. But I didn’t start doing analyses of my own until early in my post-college career. Once I did, I quickly realized how much I enjoyed analyzing data, and weaving those analyses into traditional reporting.

Data journalism may be a new phrase to some but the practice of using data, especially in the investigative journalism you do at Buzzfeed, is not. What’s changing in the way journalists approach data?

You’re absolutely right; there’s a long history of using data analysis in journalism. At the same time, data-driven journalism does seem to have become both more prevalent and more popular in the last five or ten years. I think a few factors might explain this:

What’s changing now about the way we approach data? It seems a few approaches are becoming more common:

You also write a newsletter — Data is Plural — of useful or interesting data sets. Do you get story ideas from data sets or seek out data sets based on a story idea? Is there a particular story where the data took you in a different direction or revealed something deeper?

The data <-> story relationship goes both ways, even within a single story. For me, the most gratifying type of story involves a constant bouncing back-and-forth between data analysis and other types of reporting. An interview may give you an idea for an analysis, which may point in another direction, which may lead to another analysis. Our series on the United States’ H-2 immigration program is an example of reporting that proceeded in that sort of highly collaborative mode.

What advice would you give to aspiring data journalists or journalists of any beat when it comes to working with data?

We tell students studying statistics can help solve any problem. Have you finally figured out why Corbin Bleu is so popular on Wikipedia?

The puzzle of Corbin Bleu’s international Wiki-fame continues to baffle us. We could use your help!