Introducing the International Prize in Statistics

The Fields Medal and Abel Prize are two of the most prestigious awards that recognize outstanding contributions to the field of mathematics, but the field of statistics lacked any equivalent awards—until now. Statisticians today have the opportunity to earn a recently established, but equally renowned award, the International Prize in Statistics. 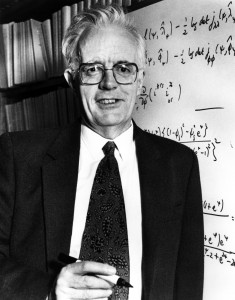 The first-ever International Prize in Statistics was just awarded to prominent British statistician Sir David Cox for his 1972 paper in which he developed the proportional hazards model, fittingly named, the Cox Model. His model has been used in engineering and various fields of science to analyze survival data, allowing researchers to more easily identify the risks of specific factors for mortality.

This award is a reflection of the growing public awareness of the important role statisticians play in advancing knowledge and society as a whole. Statistical science has been a critical discipline for many years, providing valuable insights that create meaningful impact on our lives. Florence Nightingale is but one example among many. Yet in recent years, statistics has become even more important due to advances in technology, growth of Big Data, and a greater emphasis on data-driven decision making.

These developments also are leading to more career opportunities for statisticians. Earlier this year, the Bureau of Labor Statistics projected that employment for statisticians will grow 34 percent from 2014 to 2024, making it one of the top 10 fastest-growing jobs in the U.S. The growth in statistics can also be seen in colleges and universities across the nation with the number of master’s degrees in statistics growing at 260 percent from 2000-2014.

As the world becomes more and more data-driven, statisticians will continue to play an increasingly critical role in analyzing complex data sets and providing useful information to the public. The International Prize in Statistics serves to not only recognize the significant contributions of statisticians, but also to promote a widespread understanding of the important way statistics, data analysis and probability advance society, technology and human welfare.

You can learn more about this year’s award recipient, Sir David Cox, through this announcement and keep up-to-date with all the latest news related to the International Prize in Statistics on Twitter @StatsPrize.