2017 is the Year of the Statistician

So, what makes a career as a statistician top the charts? U.S. News weighs several factors like career satisfaction, salary, job growth, and advancement opportunities to determine the best jobs of the year.

Career statisticians have the opportunity to work in nearly any industry they are passionate about, which makes for a happy job! From improving the agriculture industry, to solving spatial analysis challenges for the fire department, to managing data science at the White House, and more, virtually every industry needs workers who are skilled in statistics.

Jobs in statistics are also growing fast as companies seek to fill more and more data-driven roles. Over the past five years, 65 percent of employers said they needed more smart hires who know stats, according to a recent survey by SHRM and sponsored by the American Statistical Association. 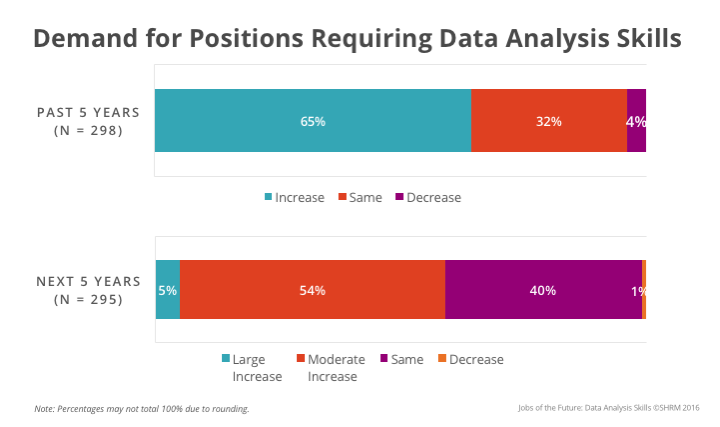 Data Science jobs are big this year too. Glassdoor has taken note, with data scientist topping the charts on their 50 Best Jobs in America list. When ranking these roles, Glassdoor takes into account three determining factors: “number of job openings, salary, and overall job satisfaction rating.”

You don’t need to take a course in data science or statistics to understand why they are great career opportunities. View this year’s new list of U.S. News and World Report’s 2017 best jobs here and Glassdoor’s 50 Best Jobs in America here.

Since scientists enjoy evidence, here is more proof that 2017 is no fluke. Statistics, biostatistics and data science careers have been topping the charts for years: